August Member of the Month Award

August Member of the Month Award

Our August 2018 member of the month award goes to Imran Hassanjee. Imran has had quite a journey from being a typical couch potato to a super fit marathon runner. By July 2015, Imran’s weight had grown to 98kg. Previous attempts to shed weight and sustain a regular exercise regime had proved unsuccessful. It was time to bite the bullet and along with fantastic support from his wife, make a big, lifestyle change.

After some progress, Imran joined GL1 in October 2015 where he became a regular participant in classes and gym sessions. His determination plus help and support from the Fitness Team at GL1 resulted in his weight further dropping to 71kg. “I felt great, never happier and looking back at my old photos, I look like a different person” he says.

Imran then got the running bug and added a lot of outdoor running to his gym activities. This was backed up by a new plan and some top motivation from the GL1 team. Fully committed to his new regime he completed his first half marathon in May 2017, followed by the London Marathon in April 2018. Today Imran weighs in at incredibly fit 61kg, a goal he set himself back in January 2015. “It’s been a hard journey but the way I feel today, it’s been worth it and I have no intention of stopping now”.

Congratulations Imran – you are an inspiration and a worthy winner of the “Aspire Member of the Month!” 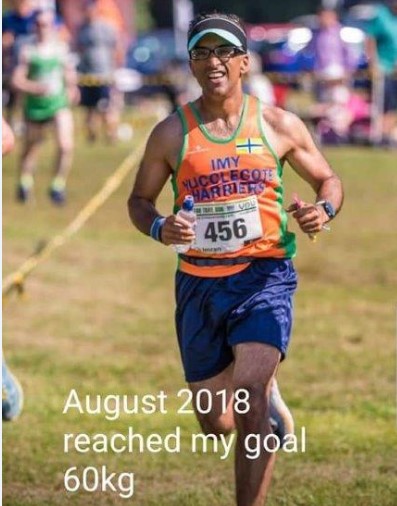 We have membership options for all