The inaugural Aspire Sports and Cultural Trust Staff Awards kicked off in high-spirits on Saturday 19th May. It was a chance to praise outstanding staff contributions, enjoy some delicious canapes and celebrate a decade of well-earned achievement.

The evening took place at GL1’s Bowls Hall and it looked set to be a roaring success before it had begun. With 288 nominations from customers and employees alike, narrowing down the results to a minor 11 awards was no small task!

Ex-boxer Jon Pitman, owner of Gloucester’s Fight Factory and winner of Coach of the Year and Sports Personality of the Year at the Gloucestershire Sports Awards, kickstarted the event with an inspirational talk on overcoming battles.

Jon openly discussed his own troubles with drugs and drove home the importance of never judging a book by its cover.

From there, it was straight onto the crux of the night – the much-anticipated award ceremony. Competition was incredibly tight.

82 employees were nominated in total, with most of nominations coming directly from customers. It just goes to show the high-levels of customer service and commitment provided by all the Aspire team – each and everyone deserving of an award in their own right.

In no particular order, the categories and winners were:

Six-year-old pupil Freya had some lovely words of sentiment to sum Katherine up: “Katherine protects us and teaches us cool moves to make our swimming better. She is the best swimming teacher in the world!!” 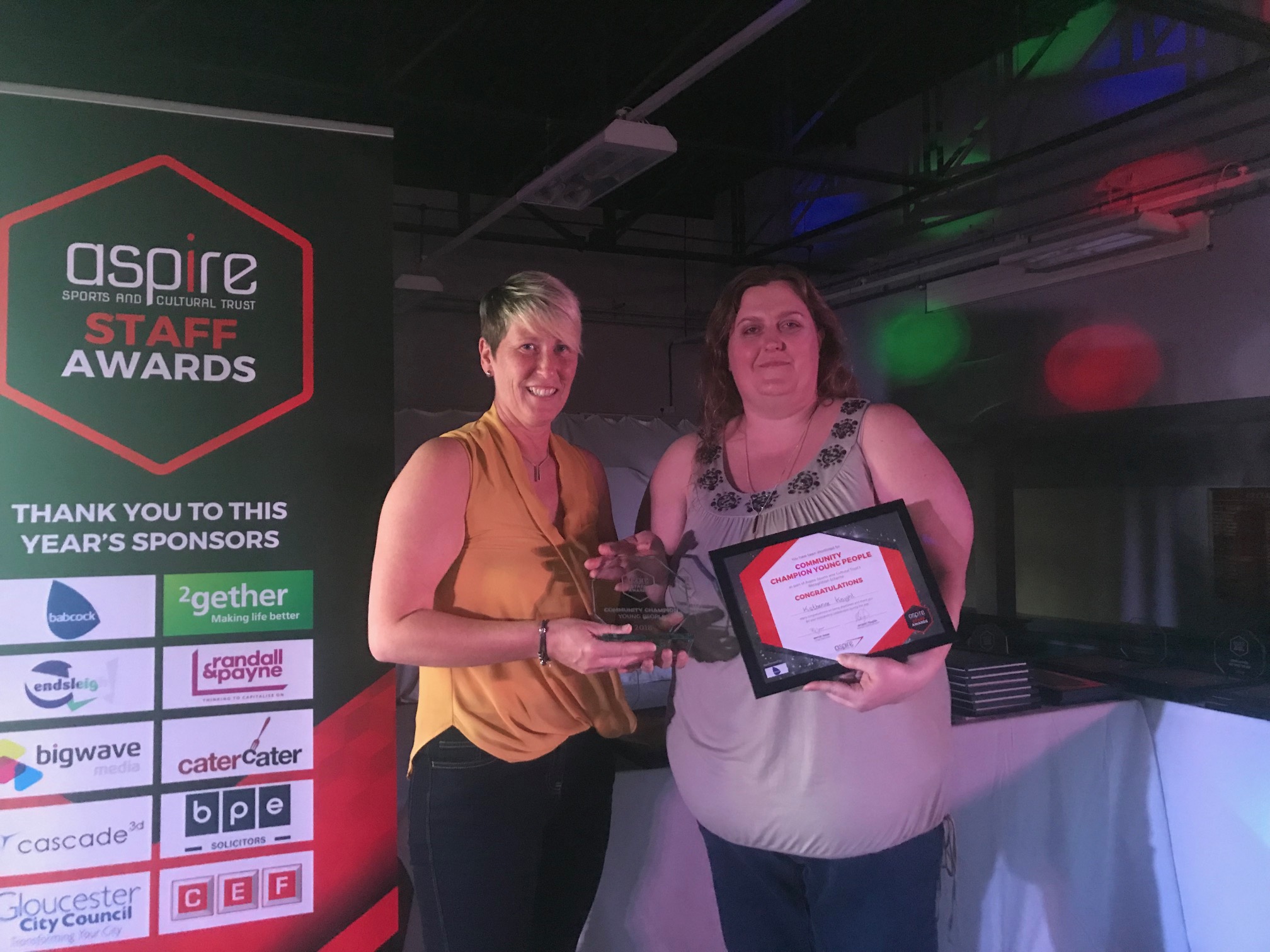 The swim team were nominated for their outstanding contribution to developing the swimming programme over the past couple of years. Their grafting has not gone unnoticed! 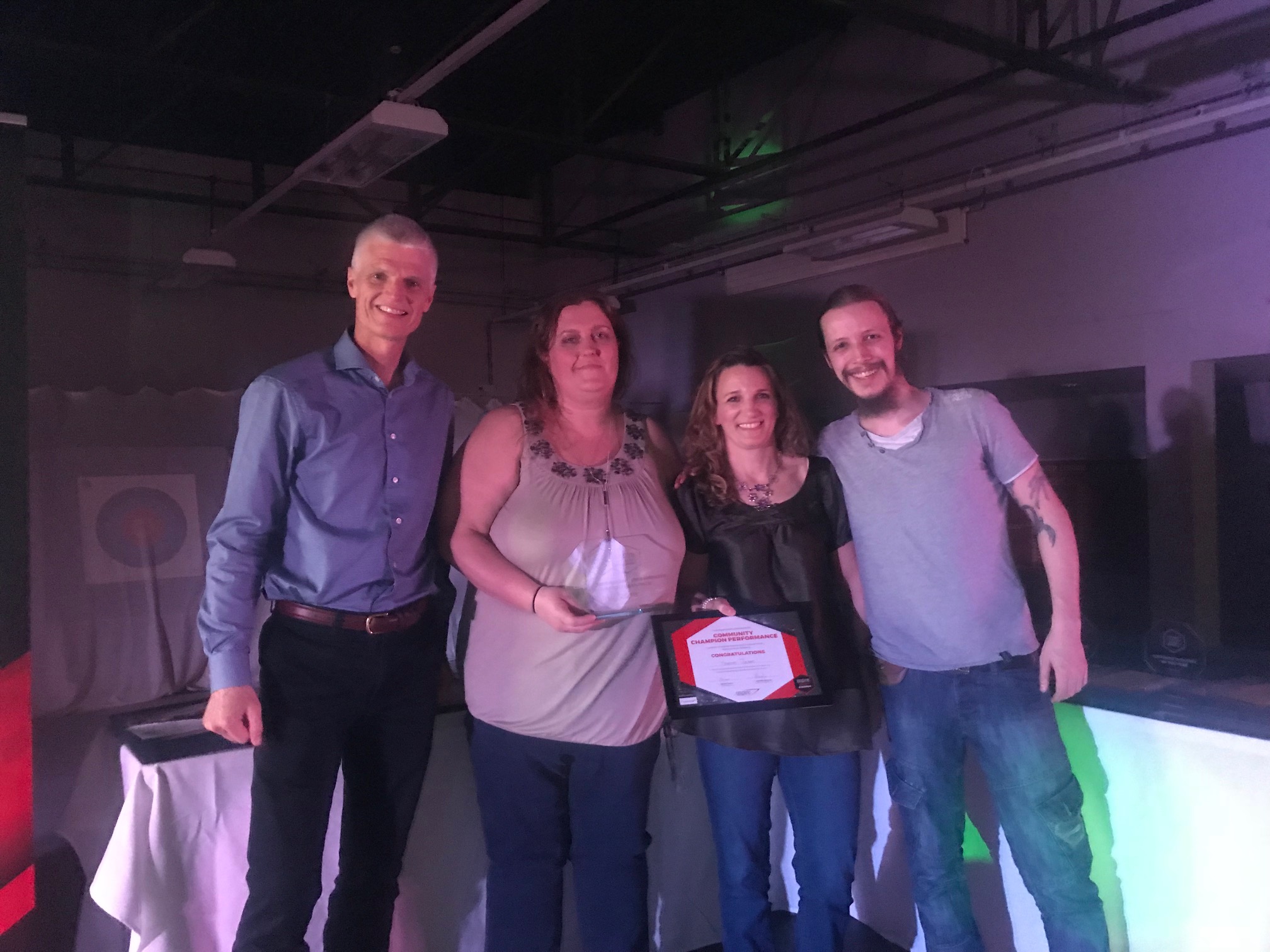 Helen was the winning contender for this award for ‘championing Aspire within the leisure and fitness industry and continually generating new ideas around the group exercise classes.’ 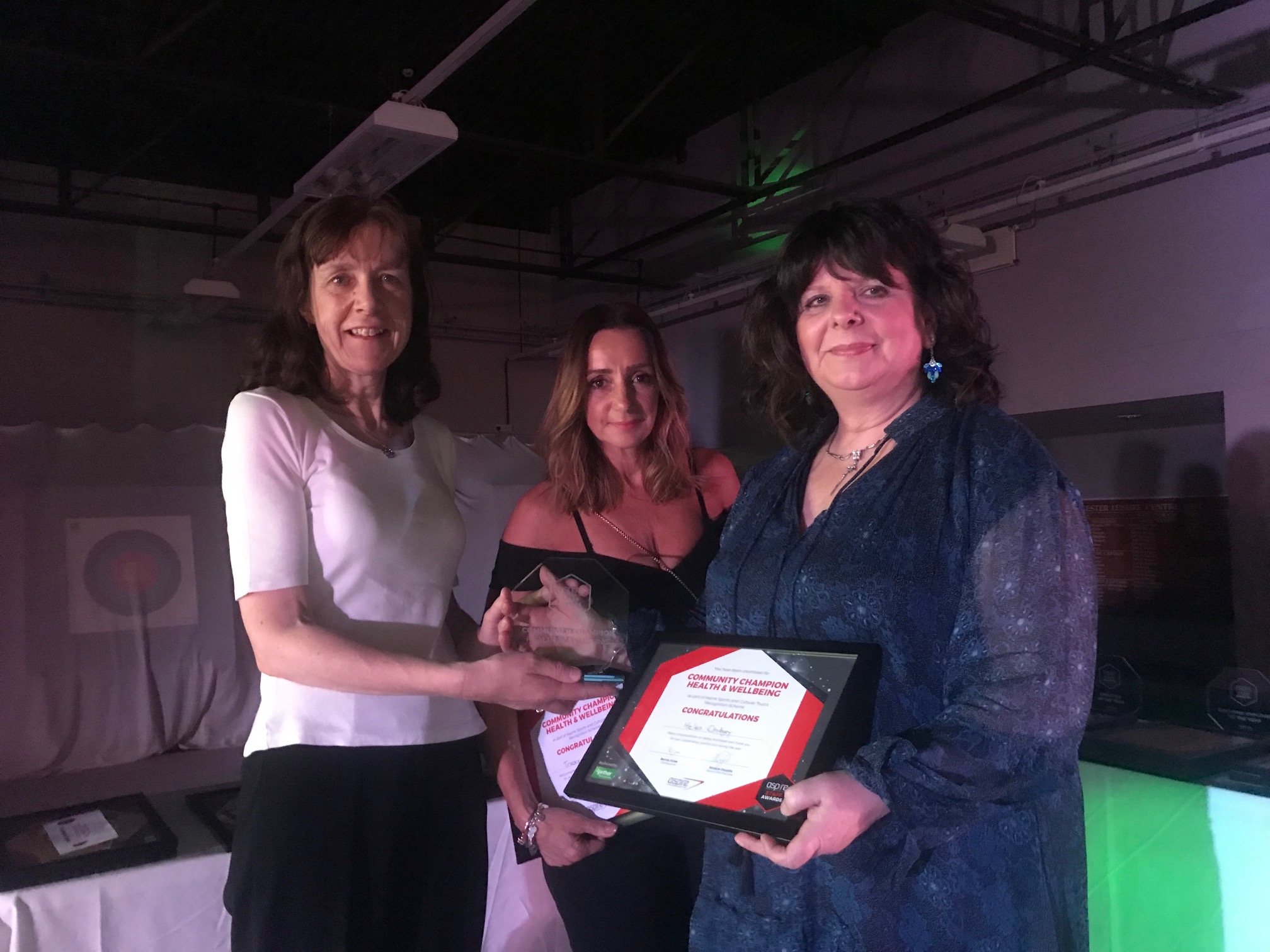 Amongst the positive comments about Jackie, one said “Jackie is a person who leads from the front and sets herself the highest possible standards. She provides exceptional customer service. Jackie is always positive and an amazing role model…a great team player but an even better leader.” 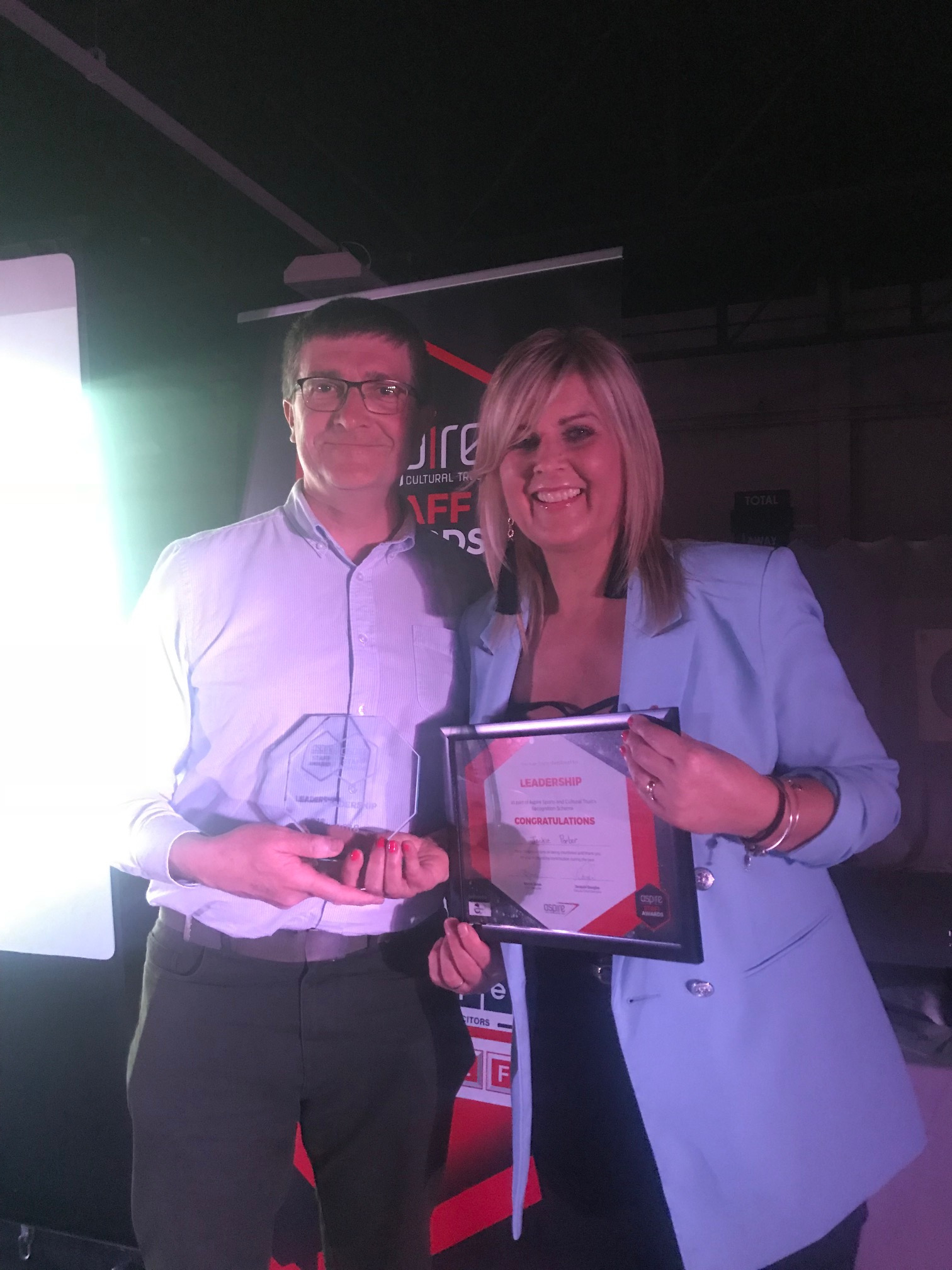 Anthony goes the extra mile to ensure his activities are inclusive. Recently, Anthony taught a hard of hearing child to swim using sign language, which just goes to show the lengths he is willing to go to, to deliver equal opportunities to all. 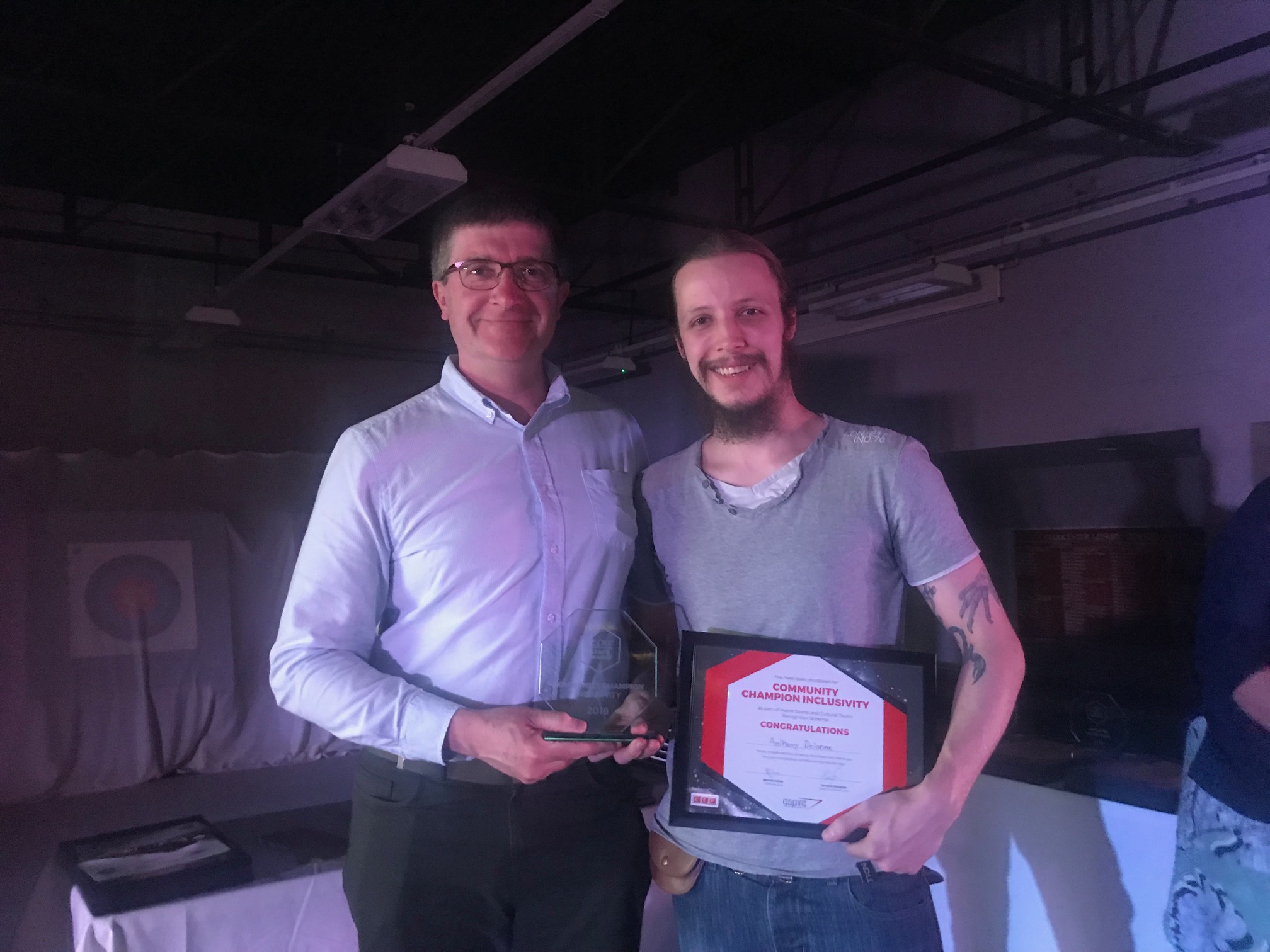 Karl won this award for his work with the university, governing bodies and many sports clubs. He has put a lot of hard work into building several harmonious collaborations during his time at Aspire. 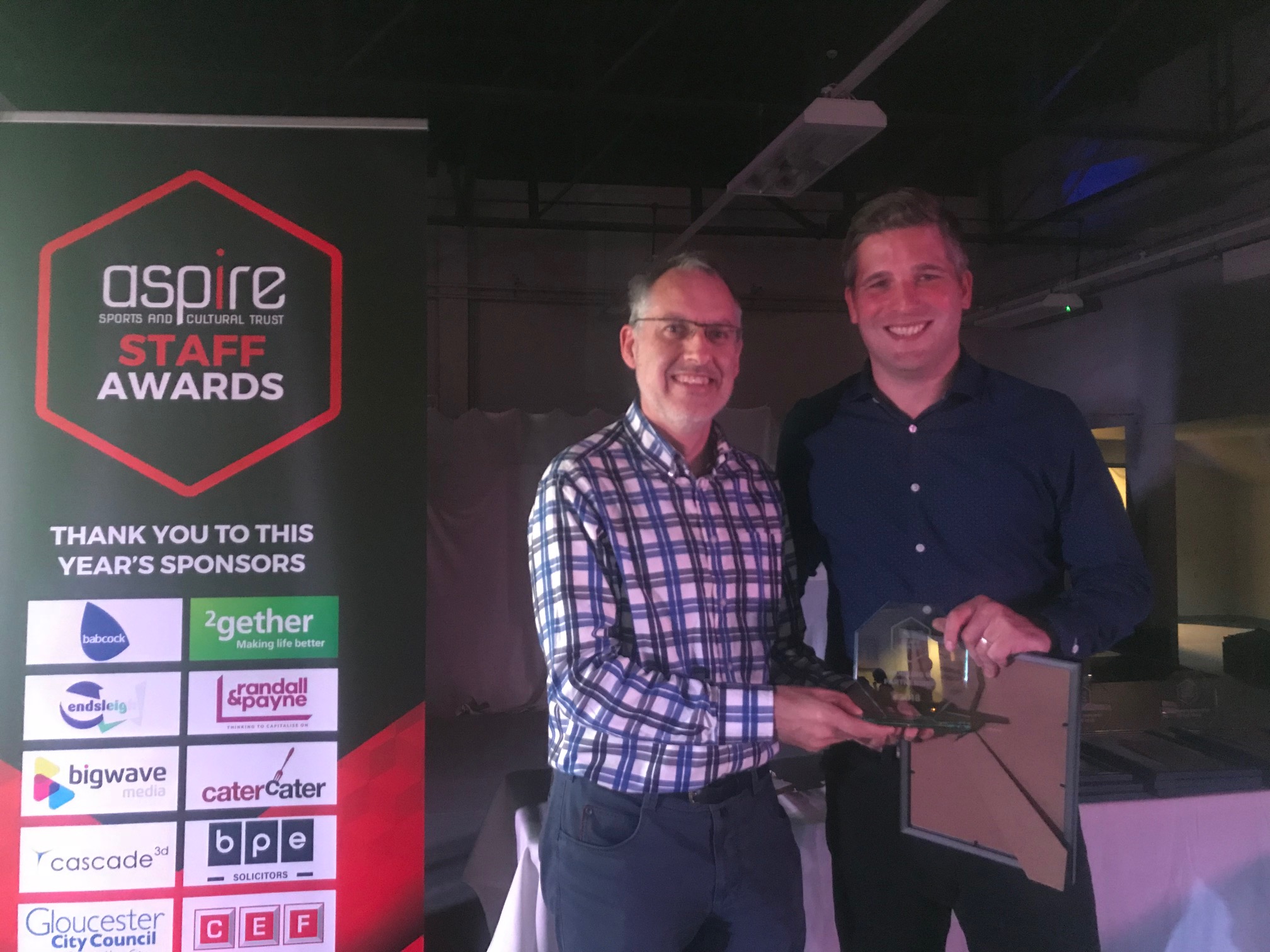 The sheer number and quality of nominations made Emily a landslide winner. Amongst the brilliant comments was one that read: “she is brilliant with customers and other members of staff. She exemplifies the 5 values day in, day out”. 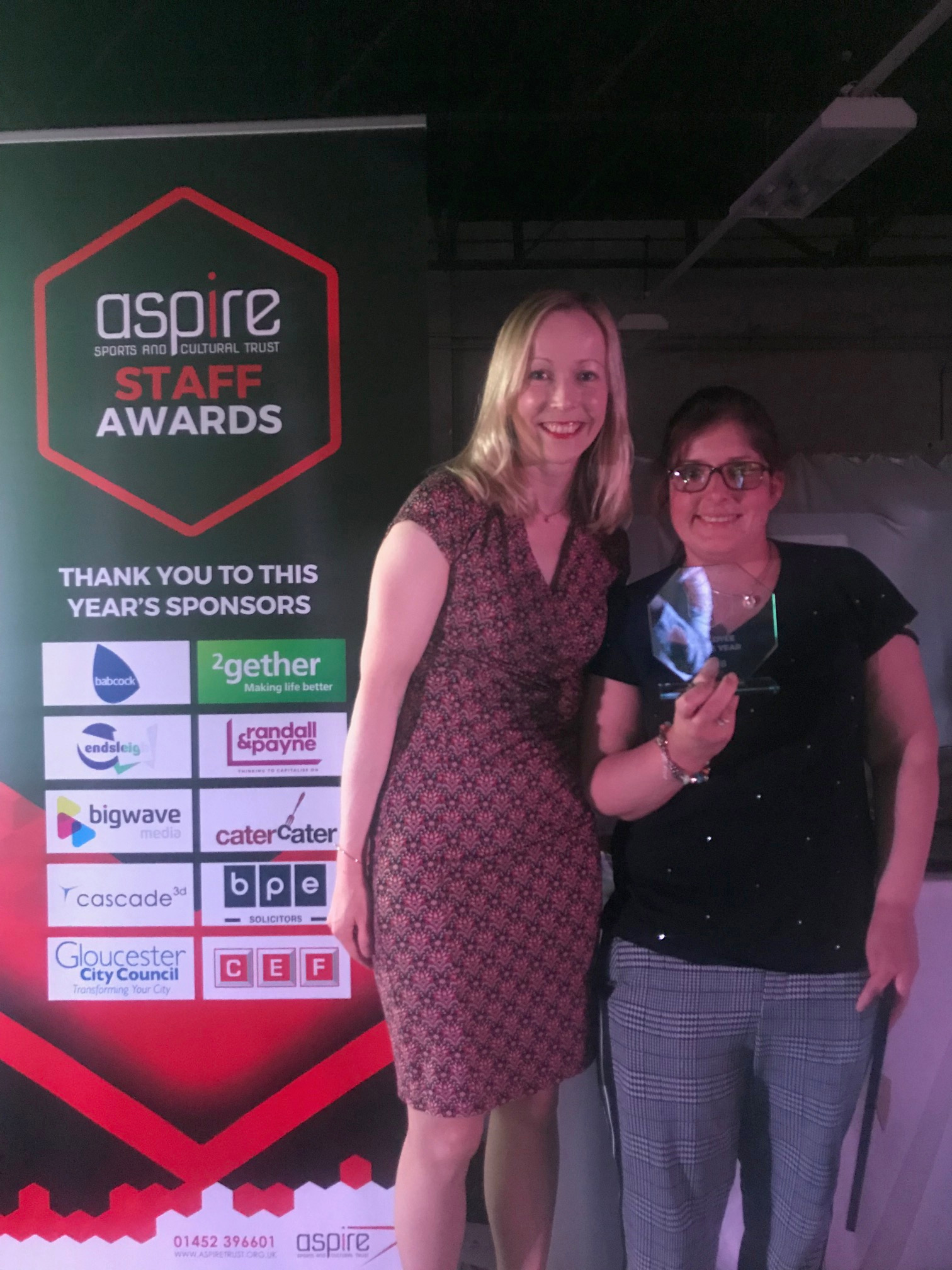 Emily was the only person to win two awards in the evening! She won for her exceptional customer care at all times. 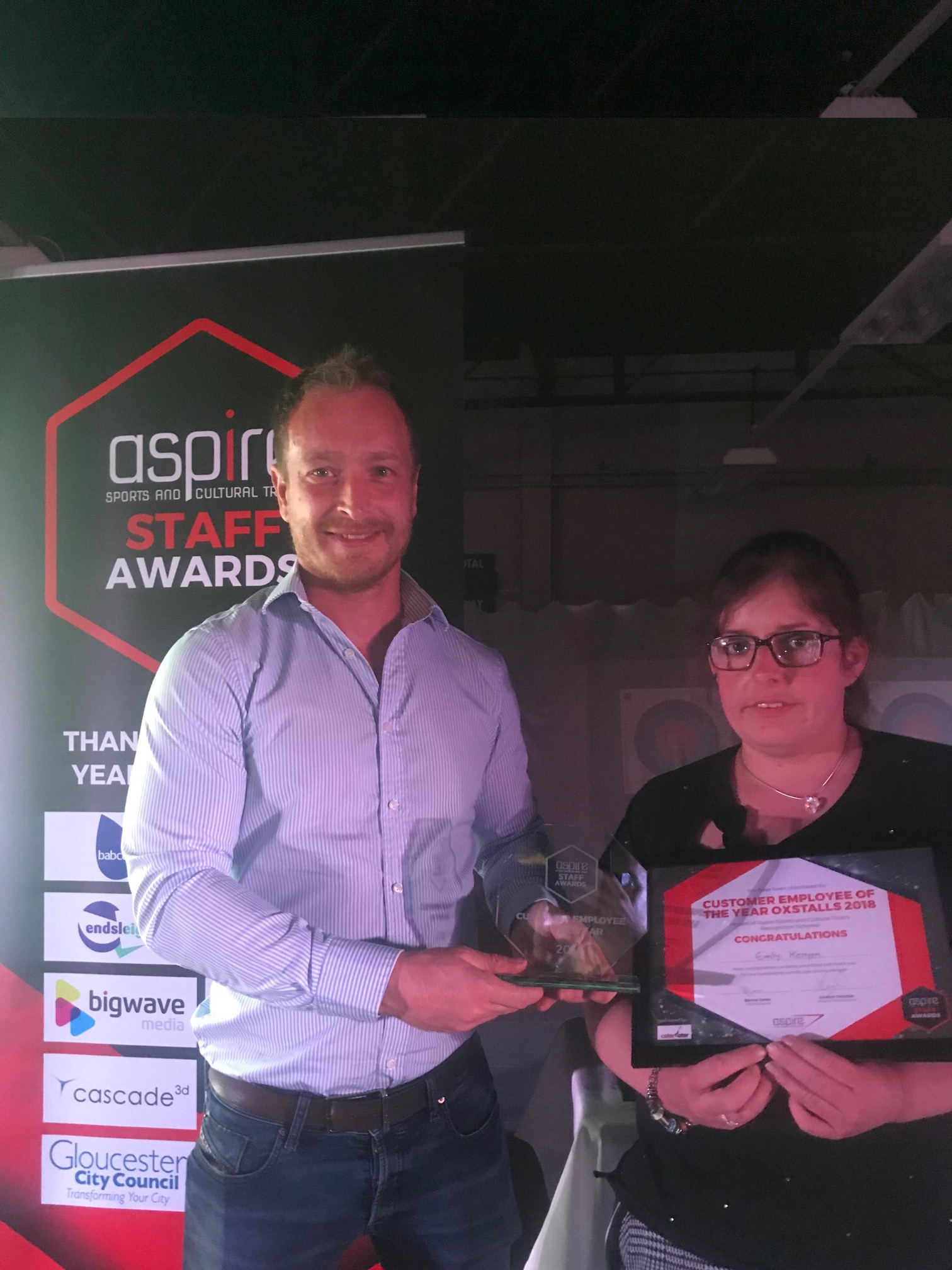 Rob won this award for the impact he has made on the organisation in just a small period of time. 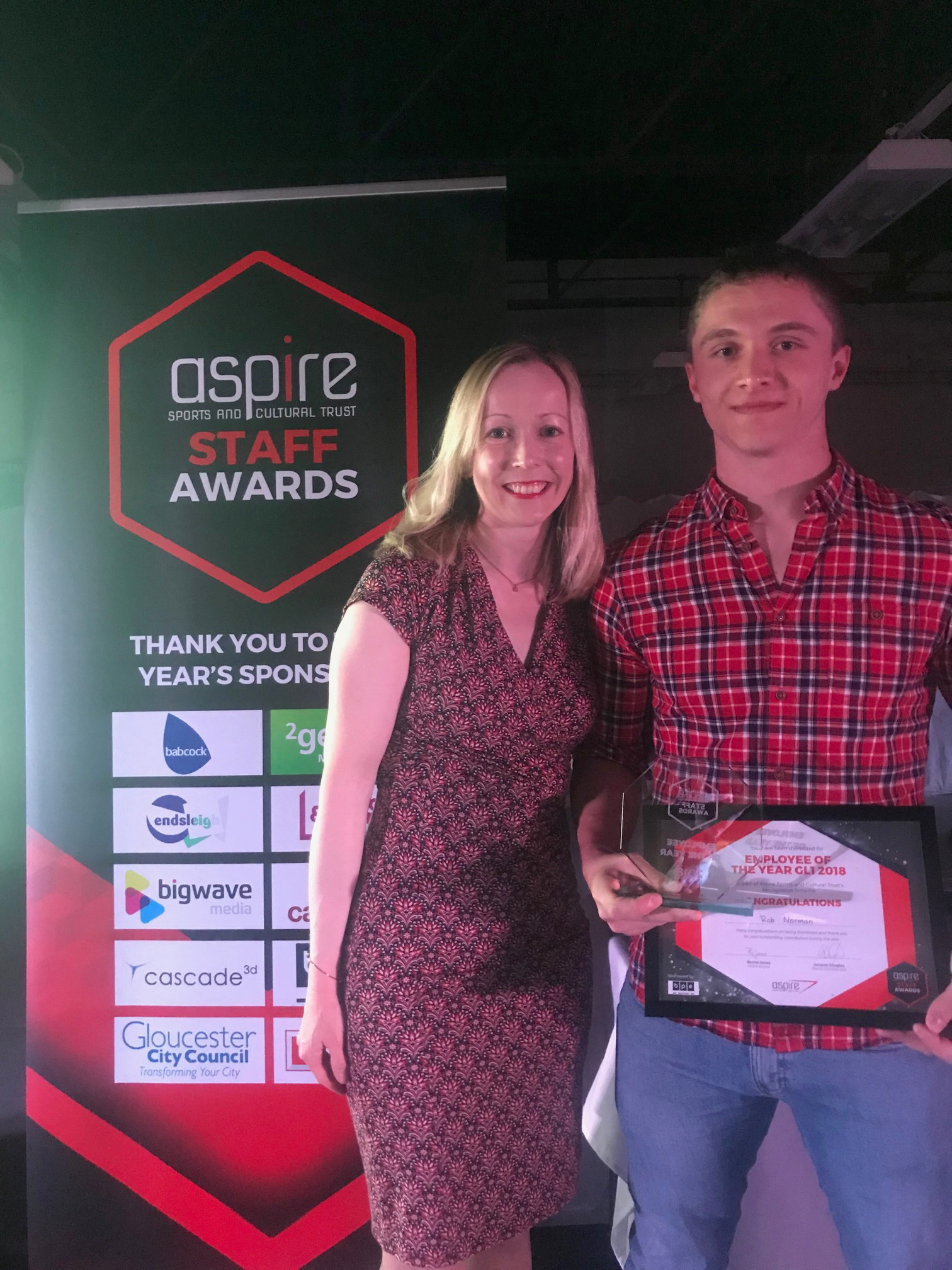 Much like Emily, Ieuan won for his phenomenal customer service. He received a number of fantastic nominations, which showed just how much the customers appreciate him (and he, them). 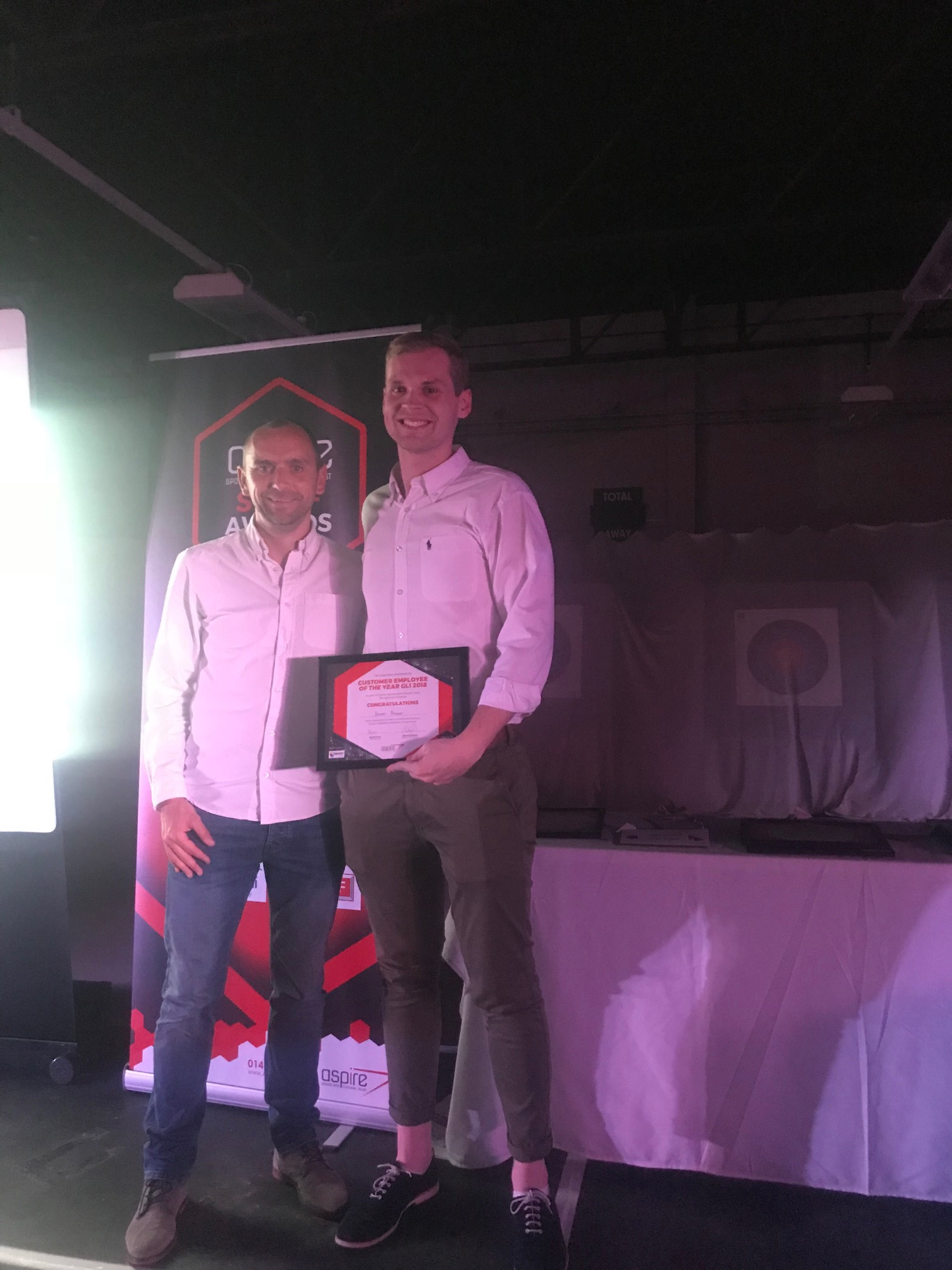 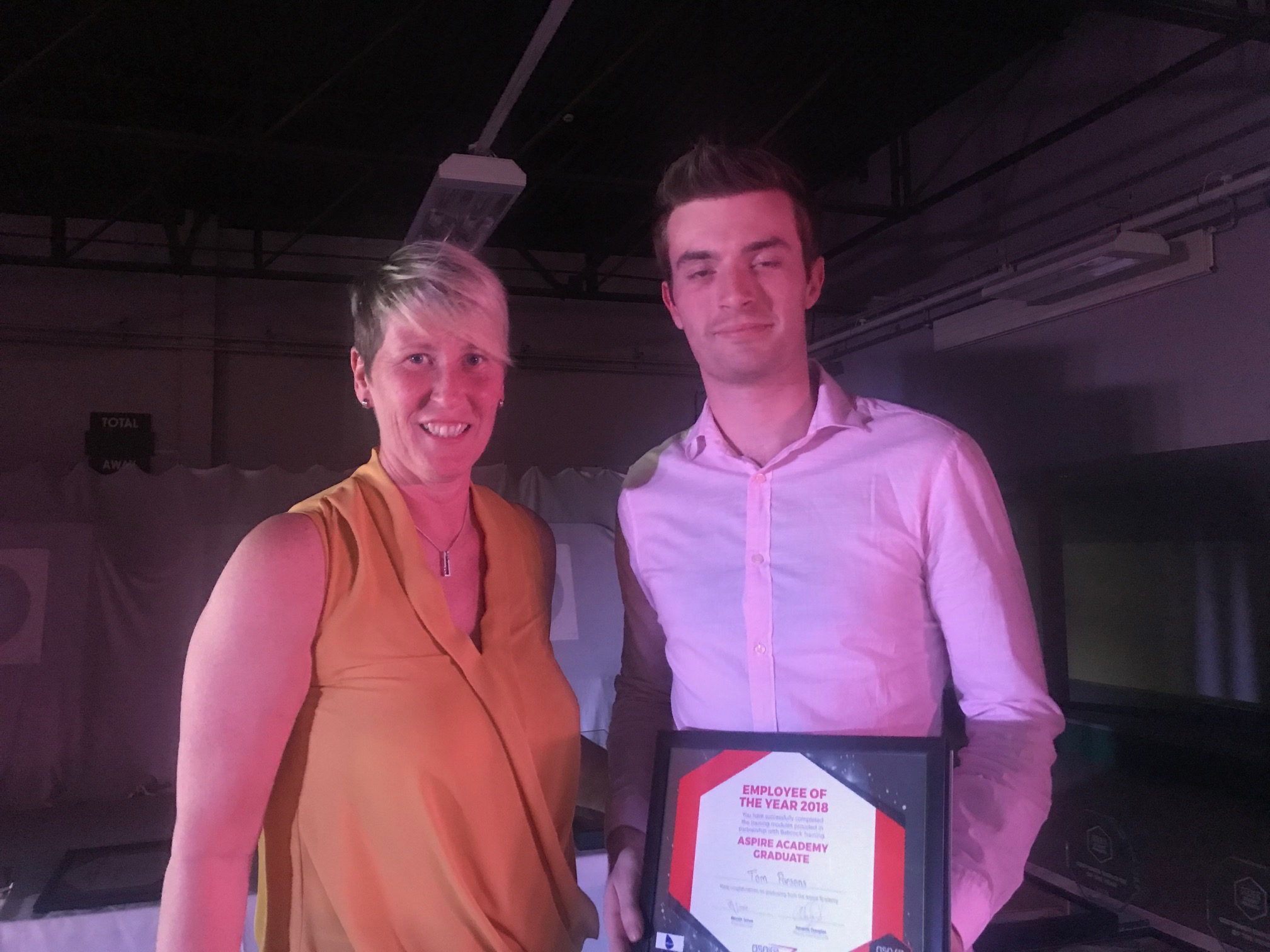 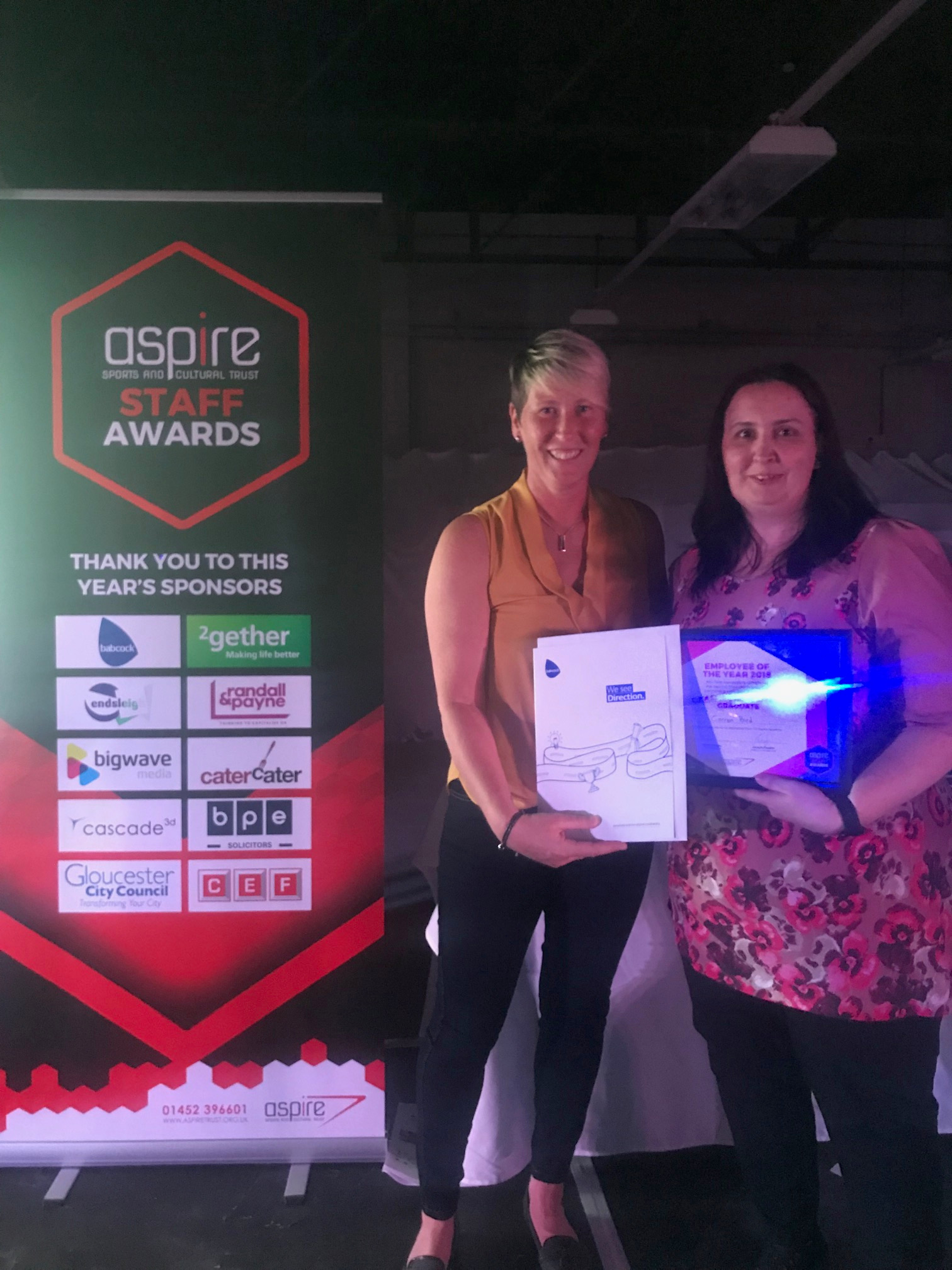 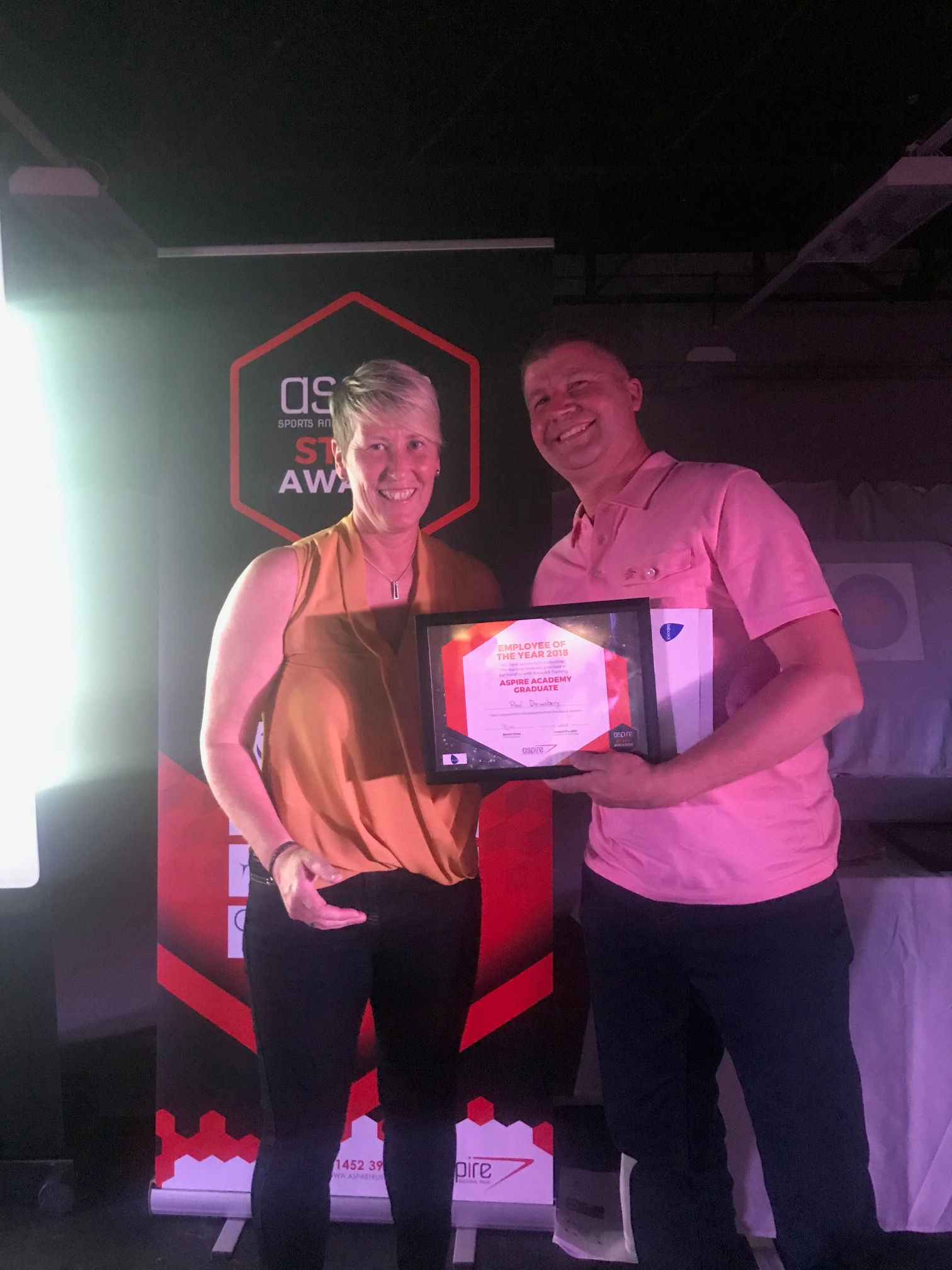 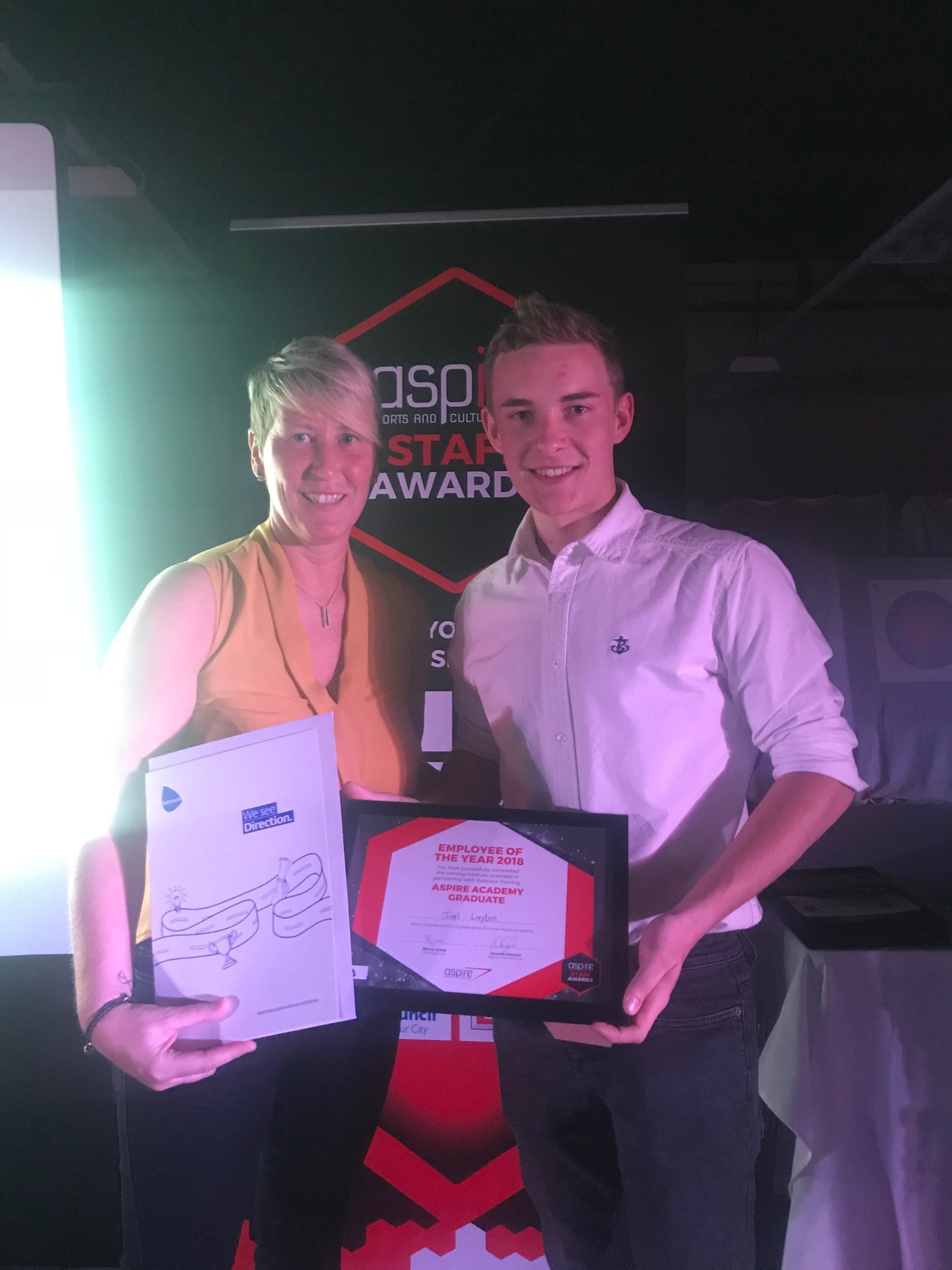 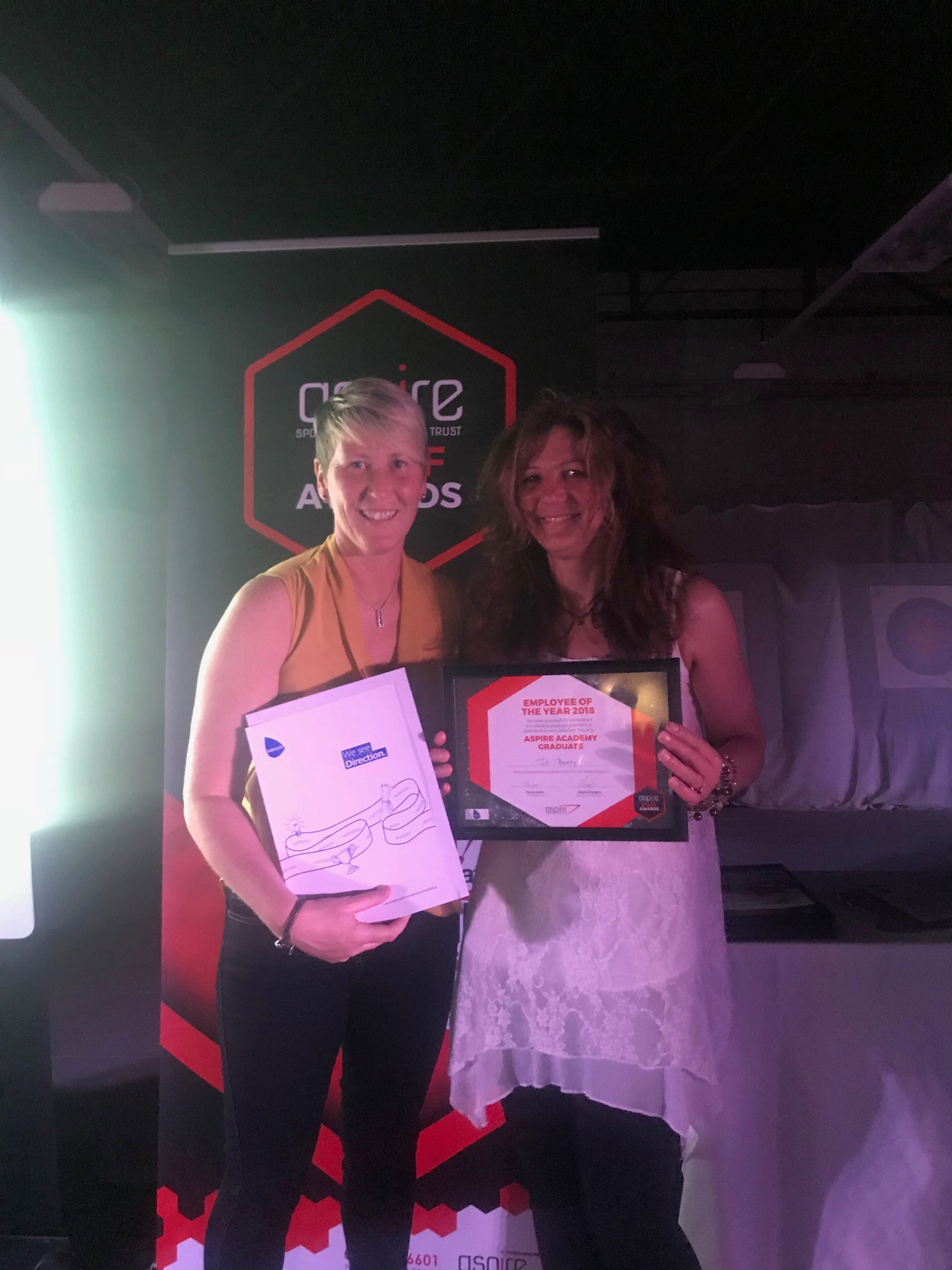 There was also a special award to recognise the Trust’s 10th birthday and the person who has made a massive contribution to the organisation in that time. The winner was: Jenny Hartell. 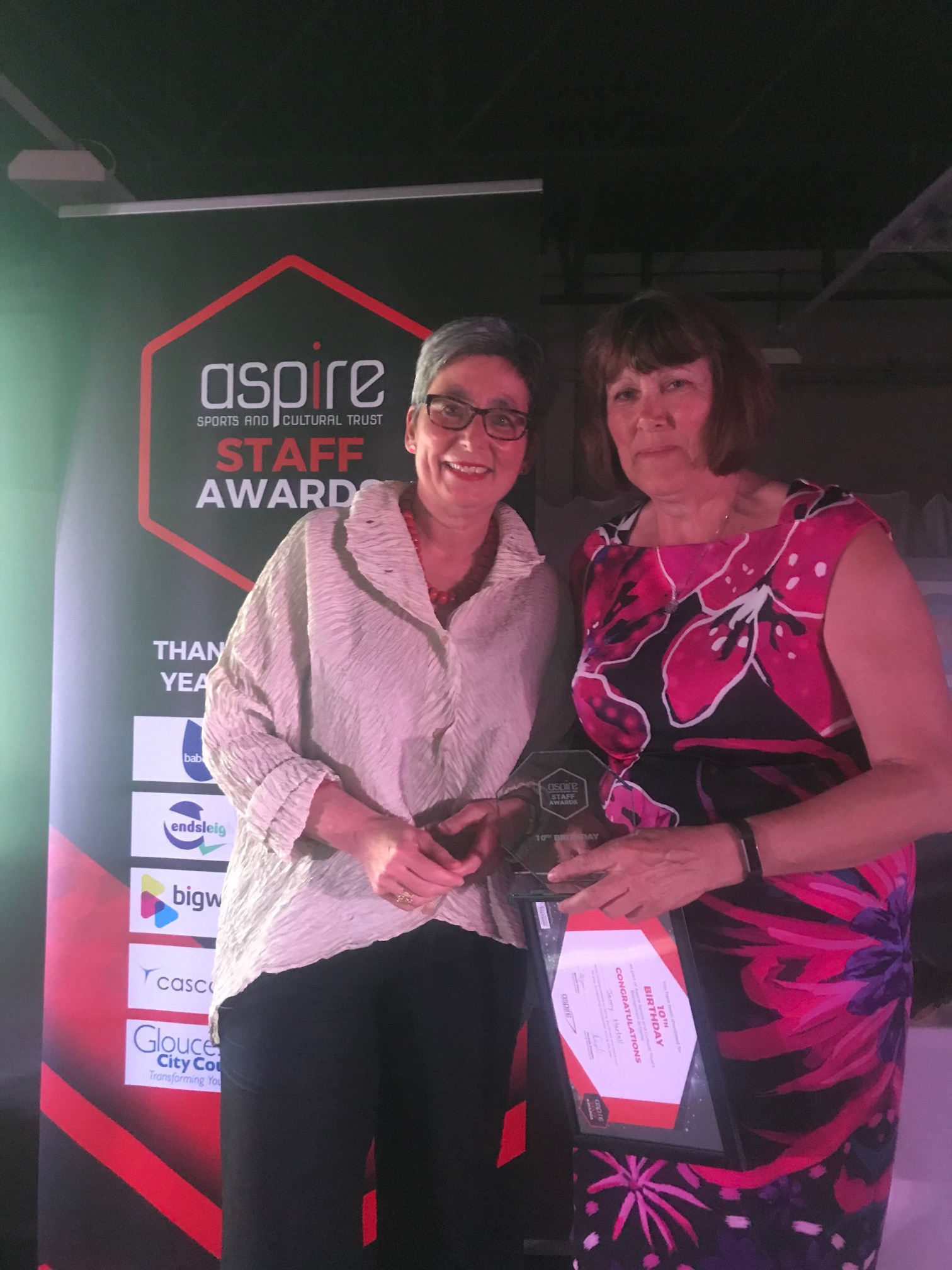 Overall, the night proved a massive success, with celebrations carrying on into the morning. Bernie Jones, Chief Executive at Aspire Trust, was pleased by the response:

“It was a fantastic evening to celebrate and recognise the achievements of the staff working for Aspire Sports and Cultural Trust. The response from everyone was brilliant, with over 200 customers nominations being made for our first ever staff awards. All of the staff who attended had a great night and we have already confirmed that we will be holding the event again next year”